How Wage Garnishment Works and What You Can Do About It 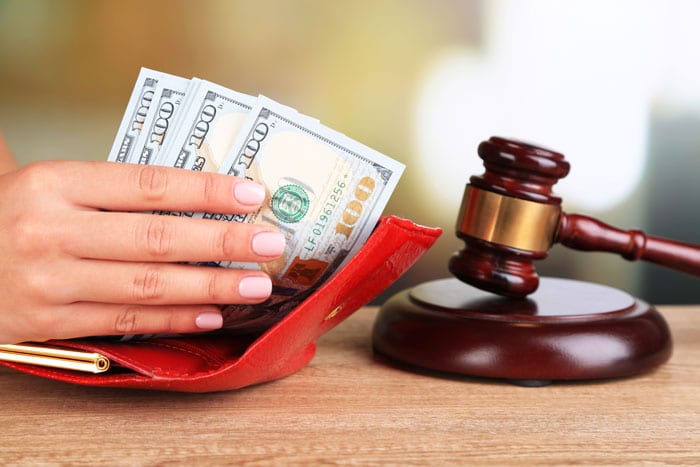 Has the IRS placed a garnishment on your wages, making it difficult to pay the rest of your expenses each month? Few things are as disruptive to a person’s financial life as having their paycheck significantly reduced for years on end.

Whether you are currently having your wages garnished by the IRS or they are threatening to garnish your wages, it’s essential to know what your rights are as a taxpayer. The truth is, help is available for people dealing with the burden of an IRS wage garnishment, sometimes putting an end to the garnishment in place of a more manageable payment plan instead. For example, a tax relief company like Alleviate Tax helps clients with removing wage garnishment and avoiding this action.

In this article, we will cover the details of IRS wage garnishments, how long they last, how much the IRS can take from your paycheck, and what you can do about eliminating the wage garnishment in favor of a payment agreement that works best for you.

How Long Does An IRS Wage Garnishment Last?

Is It Possible To Stop An IRS Wage Garnishment After It Starts?

An IRS wage garnishment can only be stopped by paying it in full or setting up payment arrangements with the IRS. If the garnishment is creating an unmanageable financial hardship for you, there’s a chance you can stop your garnishment. Alleviate Tax has a team of wage garnishment release experts who can help you regain control of your paycheck by assisting you in dealing with the IRS.

How Will I Know When The IRS Is Trying To Garnish My Wages?

Normally the IRS provides five notices over the course of multiple months before issuing a wage garnishment. This stream of collection notices by the IRS provides taxpayers with several opportunities to pay in full or set up a payment plan with the IRS.

Waiting until the garnishment has already been issued to take action makes it much more difficult to remedy than contacting the IRS when they’re still sending letters. Help from Alleviate Tax makes it far easier to get the IRS wage garnishment relief you need.

Who Will Notify Me When The IRS is Garnishing My Wages?

Once your IRS wage garnishment has been issued, your employer will be the one to notify you before your first paycheck with the garnishment deducted. You won’t get another notice from the IRS at this point. Instead, the IRS contacts your employer.

How Can An IRS Wage Garnishment Be Released?

What’s the First Step to Getting My IRS Wage Garnishment Released?

Sometimes the IRS does release wage garnishments by allowing an extension to pay if the taxpayer can show prior-year returns will have refunds. If you need help with this process, Alleviate Tax can assist you.

Is There A Way I Can Speed up an IRS Wage Garnishment Release?

Taxpayers who’ve had a wage garnishment issued by the IRS can request an expedited release if they can prove the garnishment is creating economic hardship for them. If you can’t meet your basic living expenses and prove that to the IRS, you might be able to obtain a financial hardship release of the garnishment without a payment agreement.

While this is something the IRS makes available, in practice, the process does take some time. It is not an immediate solution, especially when detailed financial statements have to be given to the IRS to prove hardship.

How Does An IRS Wage Garnishment Start?

Because you file taxes every year, the IRS knows where you work and your bank account information. That makes it very easy for the IRS to take collection actions when you get into tax debt with them. Wage garnishment is one of these actions, and it starts with the IRS sending multiple letters to let you know they plan on garnishing your wages if you don’t contact them to remedy the tax debt.

The next step taken by the IRS is contacting your employer about garnishing your wages. Thankfully, you can avoid this embarrassing situation by reaching out for help from Alleviate Tax, the experts at IRS wage garnishment prevention and removal.

Is There Any Way To Stop Wage Garnishment by the IRS?

First, any past due tax return filings must be filed with the IRS. Only after this will the IRS set up payment arrangements or offer financial hardship help. Once this is done, you’ll either have to pay the entire balance, set up a payment plan, or prove financial hardship to the IRS to stop the wage garnishment. Alleviate Tax often helps clients file past-due tax returns to avoid the embarrassment of the IRS contacting your employer about wage garnishment. Reach out to the Alleviate Tax team today if you need assistance with this often complicated process.

How Do I Prove To the IRS That Wage Garnishment Is Causing Hardship?

If any of the following criteria apply to you, there’s a chance you’ll qualify for the IRS financial hardship status that can alleviate your wage garnishment:

What Are the Standards for the IRS Allowable Living Expenses?

If you are experiencing financial hardship due to IRS wage garnishment, the good news is, alleviating your tax debt is possible without taking a massive cut in your paycheck.

The IRS does consider your financial situation, and Alleviate Tax can help you every step of the process of stopping an IRS wage garnishment and setting you up with a manageable payment plan. Contact one of our tax specialists today and take control of your financial future.