When Will the IRS File Federal Charges Against You? 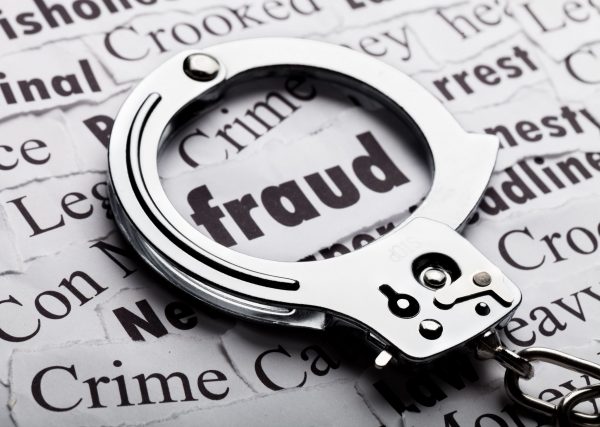 You forgot to pay taxes for one year, and one year turned into several years.

Now, the fees and penalties have accumulated, and you don’t have the money to pay the government what you owe.

You are now afraid of an IRS audit and the possibility that you might go to jail.

Here’s the reality: When it comes to paying your taxes, making an honest mistake isn’t enough reason to be sent to jail.

In fact, very few people are charged and sent to jail due to tax evasion.

The IRS officials are not cops, and they won’t be deputized to come and arrest you.

IRS agents are just like other employees working for government agencies.

Would you ever worry that the mail carrier will come and take you away?

If you are the subject of an IRS investigation or you’re facing an audit for tax evasion or tax fraud, there is a probability that you will go to jail.

But you will never be sent to jail for not having the money to pay your taxes.

The IRS targets taxpayers who:

In short, the IRS won’t pursue you because you can’t pay your taxes.

But you may face criminal charges for concealing your income and assets that you can use to pay your overdue taxes.

There are various penalties and consequences for evading tax. Some of them include:

If you are found to have willingly avoided paying taxes, you can be fined up to a maximum of $250,000.

In the case you’re not formally charged for tax evasion, you will be penalized for filing returns after 60 days after the due date.

Failing to file for penalties is ten times more than failing to pay.

The IRS recommends that even if you are unable to pay in full, ensure that you file your tax return and try to pay as much as you can.

The law requires the IRS to charge interest if you fail to pay taxes on time.

The interest starts accumulating from the due date of filing your returns (irrespective of any extensions) until you pay in full what you owe the government, including the penalty charges and accrued interests.

If you fail to pay the IRS what you owe, including interest and penalties, the IRS will use the Federal Payment Levy Program to deduct 15 percent of your social security benefits every month until your debt is paid in full.

Tax Charge on Your Property

You will automatically face a federal tax lien if you fail to pay your taxes in full within a period of 10 days after an IRS tax assessment.

You will then receive a notice from the IRS notifying you the taxes owed and a demand for full payment.

The IRS won’t release the lien until you pay the taxes, penalties, interest, and recording fees.

When the IRS files a Notice of Federal Tax Lien, it will appear on your credit report, and this will damage your credit rating.

You Lose Your Property

The IRS will levy your property.

After your property is levied by the IRS, it will be sold to complete your tax debt.

You Lose Your Passport

If the IRS certifies that you have a seriously delinquent tax debt, the Department of State won’t issue or renew your passport.

If you already have a passport, the Department of State may revoke it.

In the U.S., tax evasion is considered a criminal offense.

Therefore, if you’re charged with tax evasion, the Attorney’s Office may prosecute you in a federal court.

In case the court finds you guilty of evading taxes, you may be sent to federal prison for a maximum of five years.

When Can the IRS File Criminal Charges Against You?

In most situations, a tax evasion case will start with an audit of a filed tax return.

The IRS will find errors and determine whether you committed them knowingly and willingly.

If you have made errors of large amounts and for several years – it shows a pattern of willful evasion of taxes.

Other things that the IRS will look for include:

Example: How the IRS Investigates Concealed Income from a Side Hustle

This is a good example of how a tax evasion case unfolds.

In the example, proof of tax evasion is referred to as a fraud indicator.

Income from a side hustle

Jane is a dental assistant at a local dental office and works three days a week.

During her free hours, she works as a dental content writer.

This leaves Jane with a source of income with health and retirement benefits, plus extra money from her side hustle.

During her off days, Jane works as an online marketer for various dental offices that she has acquired due to her dental skills.

Jane is paid through online platforms like PayPal and at other times through her bank.

Jane has a special savings account with American Bank where she deposits money from her side business.

When Jane files her returns, she doesn’t mention that she has a side business.

The IRS sends an audit letter

During the audit, the auditor inquires whether Jane has another income.

Jane tells the auditor that her only income is from her dental assistant job.

The auditor also asks Jane whether she has received any other funds like loans, inheritance, or gifts for 2016.

Jane denies and states that she only earns money through her job as a dental assistant and that she hasn’t received any other funds over the last couple of years.

The auditor requests Jane to submit copies of her bank records for all her accounts for 2016.

Jane submits copies of her primary checking account and tells the auditor that she doesn’t have other accounts.

The auditor asks Jane what she does during her days off, and she says she takes care of her elderly mother.

Jane doesn’t know that the IRS received a Form 1099-MISC from one of her clients reporting 2,500 for her services.

The IRS had also received a Form 1099-INT for $15.6 from Jane’s special savings account.

Jane never received these forms because she had moved and forgot to change her address.

Because of Jane’s false statements, the IRS auditor is now suspicious that Jane might be concealing some of her income.

The auditor asks Jane if she has an account at American Bank.

Jane is surprised and says that she may have an account at the bank, but she had forgotten all about it.

The auditor then requests Jane to submit bank statements.

Two weeks later, Jane comes back and says that she can’t find the statements.

The auditor is puzzled because she can easily go online and print them or request the bank for them.

Jane gives the auditor a litany of excuses to avoid submitting the statements.

The auditor decides to request the bank for the statements.

The bank sends the statements to the auditor and discovers that the account has $70,000.

The auditor decides to expand the audit to 2014 and 2015 and asks Jane to submit bank statements for both years.

Jane refuses, and again, the auditor requests the bank for these statements.

The auditor discovers more than $70,000 in deposited funds.

Because of this new revelation, the auditor contacts the Criminal Investigation Division of the IRS to conduct an investigation for probable tax evasion.

Jane decides to hire a criminal defense and tax attorney to defend her, and she eventually pleads guilty.

Apart from a jail sentence, Jane has to pay the taxes she owes the government, plus a 75 percent fraud penalty on corrected taxes.

Jane loses her job, and her dental assistant license is revoked.

Now a convicted felon, she also loses her reputation and savings.

The Moral of This Story

Although the IRS doesn’t pursue illegal tax evasion cases for most people, the penalty for the few who are caught is harsh.

They have to pay the government what they owe, including expensive fraud penalties, and even face jail time.

Fortunately, if you are a taxpayer who makes an effort to file taxes and pay on time, you won’t end up like Jane.

Now that you have an idea of what may happen if you evade taxes, fail to file returns, or help others evade tax payment, you want to do everything right to avoid expensive mistakes.

In some cases, just coming clean and expressing your desire to work out a plan can prevent legal action against you by the IRS.

On the other hand, avoiding paying your taxes or being negligent isn’t a crime.

If you do this accidentally, you won’t be willingly and knowingly concealing your income or knowingly lying on your tax information.

Such mistakes are often honest mistakes, and IRS officials understand the difference between tax evasion, tax fraud, and negligence.

Therefore, don’t worry yourself too much about facing federal charges.

However, if you are concerned about an impending IRS tax audit, the best advice is for you to seek professional assistance from a financial expert.

If you work with a tax professional, then you won’t have to deal with the IRS directly unless when necessary.

In case it’s discovered that you actually owe the IRS, your financial experts will work out an installment plan that will help you pay off that debt.

They can also negotiate with the IRS on your behalf for a settlement.

This will mostly depend on your ability to pay.