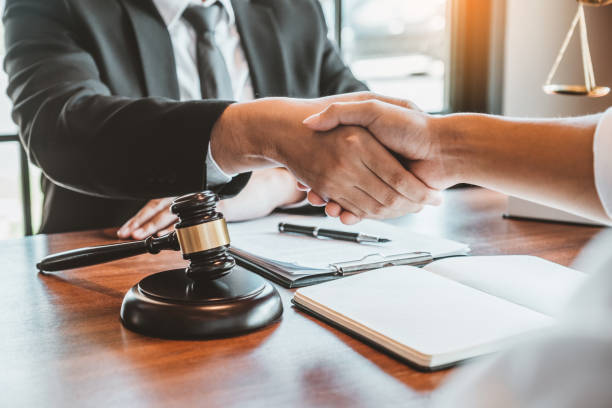 Aside from traditional stand-alone tax attorneys, people with tax debts can get help from a tax resolution specialist like Alleviate Tax with tax attorneys on-staff for when tax law expertise is required. If you are considering whether or not a tax attorney is the best option for you, read on to learn if one of the California tax attorneys at Alleviate Tax is the right choice.

What can a tax attorney near me do that I can’t?

While you have the right to speak directly with the IRS about your tax matters, there are numerous areas of expertise that tax attorneys have specialized knowledge of. If you have complex technical scenarios or legal concerns surrounding your tax circumstances, a tax attorney in California like those at Alleviate Tax might be a good option. Also, don’t forget that hiring a knowledgeable and reputable tax attorney can help you avoid tax troubles in the first place, so it’s often best to consult with one earlier than later.

Can I negotiate with the IRS myself?

If you want to deal with the IRS directly to negotiate your tax debts, you are certainly within your rights to do so. That said, some tax situations may work out far better for taxpayers with tax debt, complicated tax issues, or legal tax issues by hiring the help of a trustworthy California tax attorney at Alleviate Tax.

What is the average cost for a tax attorney in California?

If you’re facing tax troubles that necessitate hiring a tax attorney, you may wonder, “How much does it cost to hire a tax attorney?” Typically, tax attorneys’ hourly fee rate varies based on location, experience, and proven track record. You can expect to pay in the range of $200 to $450 per hour for a California tax attorney’s help.

Is it worth it to hire a tax attorney in California?

Perhaps you’re thinking about whether or not it’s worth it to hire a California tax attorney, especially considering their charges. That answer depends on just how large the tax debt is, along with whether or not there’s a criminal investigation underway. Non-criminal tax issues are far less costly to get a tax attorney’s help and can be handled by the non-attorney staff at Alleviate Tax.

Do I need a CPA or California tax attorney? Differences between them.

What’s the difference between a CPA and a California Tax Attorney? Compared with a CPA, tax attorneys’ most glaring difference is that tax attorneys can offer complete confidentiality, while a CPA cannot. Any tax information you share with a tax attorney at Alleviate Tax is protected under client-attorney privilege.

Usually, a tax attorney isn’t necessary for the more regular upkeep of financial and tax returns and records––a CPA is better-suited to serve those needs. If there are legal matters involved in your tax situation, seeking the help of a California tax attorney at Alleviate Tax is the smarter option.

Tax court is serious business. Obtaining the help of an Alleviate Tax attorney in California can provide peace of mind when dealing with initial appearances and appeals processes.

Client representation during an IRS audit.

If the IRS is auditing you, one of our tax attorneys can represent you to deal with the IRS.

Because tax lawyers are well-versed in tax laws, they are the best choice when facing legal complications surrounding taxes. The expert California tax attorneys at Alleviate Tax are experts in the case law precedents particular to California, providing you with expert legal advice relevant to your area.

How do I find a good tax attorney?

To find a good California tax attorney, there are a few good rules of thumb to keep in mind. First, ask around with other professionals you already trust. Your CPA, banker, or general lawyer should be able to refer a reputable tax attorney near you. Next, be sure the tax attorney is qualified. A minimum of a Juris Doctor degree and a license are required to be a practicing tax attorney. Checking this information is easy using the California state bar’s website. Some tax attorneys will even have a Master of Laws in taxation, which indicates they are a specialist with extensive knowledge. Finally, be certain the California tax attorney has dealt with cases similar to yours in the past. You’ll want a tax attorney who knows the ins and outs of your particular tax scenario for the best outcome.

How many years does the IRS have to collect back taxes?

How can I find out if my taxes are delinquent?

Have you moved a lot or haven’t received mail for some reason and don’t know if the IRS has sent delinquent tax notices to you? You’re able to check if you owe the IRS and if your taxes are delinquent by accessing your federal tax account on the IRS’s website at IRS.gov/account. There, you can find any amounts owed, balance details, payment history, and view transcript notes on your account.

Can you go to jail for owing back taxes?

But let’s be clear, there are some important distinctions about what constitutes “back taxes.”

You could simply be behind on paying for your quarterly tax filings and would technically owe “back tax.” But the IRS doesn’t pursue legal action on these sorts of cases. The IRS only takes legal action against blatant tax fraud cases and must prove guilt through an extensive auditing process.

The IRS has to prove you intentionally tried to avoid paying taxes you knew were fairly your responsibility. Examples could include claiming non-existent dependents or deductions that aren’t yours to claim. Double-claiming children by divorced parents is another common way people try to defraud the IRS.

Is filing my delinquent tax returns a good idea?

You should file any delinquent IRS tax returns for numerous financially beneficial reasons as soon as you can. One of the main reasons is that if the IRS identifies you have an unfiled prior year return, they can seize your tax refund and hold it until you file your return. If you need help filing past-due tax returns, Alleviate Tax has delinquent tax specialists ready to assist you.

How far back can I get a refund on a late-filed return?

Delinquent IRS tax returns filed up to three years past the return due date are still eligible for refunds.

How many years can you file back taxes?

Technically, you’re allowed to file back taxes at any time with the IRS. That said, filing over six years past the due date can cause serious problems with the IRS, so avoid waiting that long.

What happens if I ignore the IRS and do not file?

If you attempt to simply ignore the IRS and not file your tax returns, the IRS may file one for you called a “substitute for return” or “SFR.” The biggest downside to this is that only your income is accounted for––no deductions or credits, plus there is a penalty for filing late.

Can I file my tax return if the IRS already filed a substitute for return?

The good news is that you can file your tax return after the IRS files an SFR. You’ll have to send them to a specific place, though, and you’ll need to request a collection hold on your account to allow processing time. Alleviate Tax has SFR experts on staff who can help you file a more fair return.

Can delinquent tax return filings disqualify me from the IRS Fresh Start Program?

The Fresh Start Program benefits are far-reaching, so the most important first step to getting tax resolution help is getting any delinquent tax returns filed immediately. The number one thing that will get you into a better position with the IRS is having all of your tax returns filed.

If you’re struggling to figure out how to file your delinquent tax returns, Alleviate Tax is here to help! This is the most important yet easiest step to take, so contact one of our tax specialists and start getting your taxes back on track today!

Who is entitled to tax relief?

If you are unable to pay your tax bill, the good news is the IRS is usually willing to work with you as long as you can prove your financial inability to pay the amount in-full. After all, they’d rather get something versus nothing, and the best way for that to happen is if they find common ground that’s financially feasible for you.If the IRS is threatening to levy and seize your assets, Alleviate Tax may be able to stop the process by negotiating to get an installment plan approved and get you back in compliance with the IRS.Some taxpayers exhibit incredibly dire circumstances that may make it impossible to pay off their tax debt entirely. In these situations, Alleviate Tax can help determine the maximum relief available, which sometimes includes settling for a fraction of the demanded amount.

Tell us about your situation

RESULTS DON'T LIE. WE GET INCREDIBLE RESULTS WITH THE IRS THROUGH OUR 2 PHASE PROCESS.

Our 2 phase process is proven to get you the best tax relief possible. Here are just a few of our results:
SEE IF YOU QUALIFY